When I was younger, I romantically believed that I would not go to Paris  until it was for my honeymoon.   When it became apparent that a honeymoon was not in the immediate future, and the desire to go to Paris, was too great, I went.  I love Paris!   Paris gets a lot of heat from the tourists who claim that the French – and especially the Parisians – are rude.  I find that if you try to speak French – learn a few words, people, it’s not that hard  – they are much more accommodating.   And even if they are rude to you, get over it; Paris is one of the most gorgeous cities in the world.   So get on that plane and go!

My first visit to Paris was for the Tour de France in 2000-something.  It was short, it was rainy, and I was hooked! 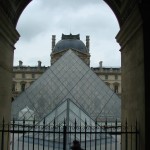 Believe it or not, I’ve only stayed in 2 hotels  in all of my trips to Paris.

l’Hotel (http://www.l-hotel.com/) is a classic hotel that has this neoclassic air about it that I loved.  But be forewarned:  it’s not cheap but, then again, nothing in Paris is cheap.

The other Hotel that I found, which is my new favourite, is Hotel ‘adresse (http://www.ladresse-hotel.com/).  [Warning: be careful… there are 2 hotels with this name in Paris so choose this one.   The link is correct.]  If you are in Paris  for a convention, this hotel is ideally situated a few blocks  from the center.  But if you are in Paris  for pleasure, it is just a few blocks from the Champs-Elysees which is perfect: you are removed from the tourists, and the noise, but close  enough to do everything that you could ever want.   And if you are prone to taking the metro – I prefer  to walk everywhere – there is a metro stop nearby.

I must admit that I am not a fan of French cooking. It’s not personal, I just prefer simple food over overly complicated sauces and preparations.   But I still  love a number of restaurants in Paris and I encourage you, if at all possible, go to one if not all of these.

Hands down, my favourite restaurant in Paris is Casa Olympe (http://www.casaolympe.com/).  I’ve been here on business and with friends and the owners are just lovely and helpful.  And the food: divine inspiration!  It’s a tiny restaurant, out of the way, and it just can’t be beat!

At the request of a friend, I’ve also been to L’Atelier de Joel Robuchon. (http://www.joel-robuchon.net/).  This is one of those restaurants that, if you have the chance, you should go: the attention to detail incredible and the fact that there appears to be one wait staff for each diner astounding!  But have an expense account (if those still exist) because it is ridiculously expensive!

Near Hotel l’Adresse (see above) is a very rustic and hyper restaurant called Chez Georges (no website but the address is 273, Boulevard Péreire , 75017 Paris).  This is a fun, more affordable restaurant probably because it is off the Champs-Elysees.  Try it.

And for a truly original experience, go to L’Atelier du Marche (http://www.atelierdumarche.com/).   The owner is a former doctor who, when he retired, knew that he wanted to open his own restaurant.  His strength is wine, not food so when he buys his wine – and it’s not the run of the mill French wines, but original and hard  to find wines – he then goes  to the chef and they discuss what will pair well with the wine.  Inspired!  It’s small, and intimate, and best of all:  when walking down the street to this little restaurant, the Eiffel Tower is in front of you.  Trust me: there is nothing more romantic than exiting the restaurant after a divine meal to see the Eiffel Tower lit at night! 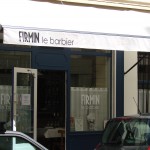 This is a tough one because just about everyone knows  what  you need to see when you are in Paris:  the Louvre, the Eiffel Tower, the Arc de Triomphe, Musee Picasso and Notre Dame.  So I will just tell you to walk everywhere.  Really.   Don’t stop.  Just walk and you will see the beauty that is Paris  in all it inspired splendor. 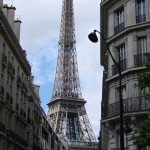 This entry was posted in France and tagged amazing food. Bookmark the permalink.